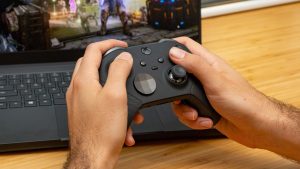 We all know that PC gaming is the way to go if you are an intense, really pro, and extreme gamer. Not only are the visuals always better, but the competitive scene is bigger and more hardcore than anything else in the industry.

Whether you’re a competitive, pro gamer, or you just want to relax and have some fun, PC is the way to go. But even beyond performance, there’s another thing that makes PC gaming incredible, and it is its customizability. You can choose how you play your games thanks to the many peripherals available for PC gamers.

Even though PC games are usually played with mouse and keyboard, which for many players brings a tactical advantage. For some games, these just won’t do, but do not fear, as you’re playing on PC, you can choose how to play.

Games such as Forza Horizon, the Dark Souls Series, some retro games, and many more, are best played using gamepads. So today we’ve got you a list of some of the best gamepads you can get for your PC gaming. But first, off we can start by talking about some of the pros and cons of gaming with a gamepad.

Another difference is that controllers actually are better for multiplayer gaming. Even though it is less common by the day to have multiplayer in one computer, there are still fighting and party games that are more enjoyable when in multiplayer. So if there’s more than one player in the room, it can help a lot. Multiplayer gaming with mouse and keyboard is a complete challenge, whereas using two gamepads is as easy as using just one.

There are some special controllers made for different game types too, so even if you don’t really like game controllers, if you’re going to be specializing in a certain type of game, you can get a special control for that.

But do not worry, it is still pro to game on a gamepad. Just like with mice and keyboards, there are different gamepads for everyone. Whether you have a low budget, or you’re looking for the best gamepad available. There’s something for everybody available in the gamepad world.

We’ll try to add the best for general use in this list, so without further ado, let’s get right into it.

The overall best one 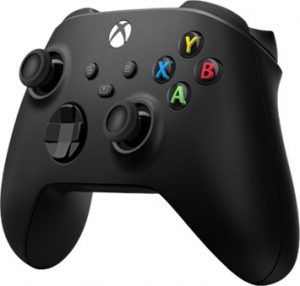 Even though Xbox started off ha´{ving a huge controller that we now call The Duke, they really improved a lot with the Xbox 360. That quickly was regarded as the best controller in the console scene. But they didn’t stop there, the Xbox One had a redesign of the incredible controller for the Xbox 360.

Even though once again, for a long time, the Xbox One controller was widely known to be the best gamepad for gaming in general, whether it’s on Xbox or PC. Once again, Microsoft didn’t stop there but moved on to make an even better controller for their Xbox Series consoles.

The new Xbox Core controller stands at the top of the best gaming controllers you can use on your PC. Its ergonomic shape, durability, and build quality, combined with its high-quality build and feel. They’ve updated the D-pad to be more like the Xbox Elite controller, and there’s also a new share button.

Since it’s all Microsoft, it is incredibly compatible, and you can use the 3.5mm audio jack, as well as the USB C port to charge it if you use the rechargeable battery pack (sold separately). The only real downside to this controller is that if you don’t buy the extra battery pack, you’ll have to use AA batteries, even now in 2021.

The best for your wallet 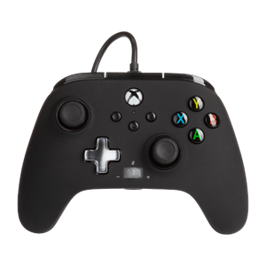 PowerA is well known for making affordable products with the nice build quality. This time, they didn’t go too far from the masterfully designed Xbox One controller. One of the best parts about this controller is that it is pretty affordable. For under $40 you get an incredibly comfortable and ergonomic controller with the great build quality.

Its responsive buttons are complemented by a pair of extra buttons on the back part of the controller that can be mapped out to different functions. And there actually are some advantages, aside from the price point of view, over the Original Xbox Core controller.

Since it’s wired you won’t have to worry about buying a Bluetooth adapter or anything like that. Also, there’s no battery compartment, which gives it an even more solid feel, and you won’t have to be charging it, let alone buying AA batteries.

Best for the big hands 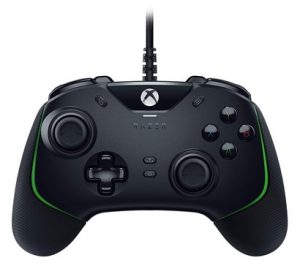 PC gamers know for a fact that Razer always means business, and in the game controller field, it is no different. In this case, they are bringing a design similar to the one of the Xbox one, with the premium build quality and it is completely wired.

It is bigger than the original Xbox One controller and has rubber grips that make it really comfortable for bigger hands and long gaming sessions. There’s also the Razer “mecha-tactile” buttons. They are clicky and super accurate, there’s no mushiness here. You can remap the controller and there are also extra back buttons that you can use however you want.

There’s also the special trigger lock that helps you in case you’re playing a game that calls for fast trigger presses. Razer always delivers, and this is no exception to that.

The best for retro games and emulation 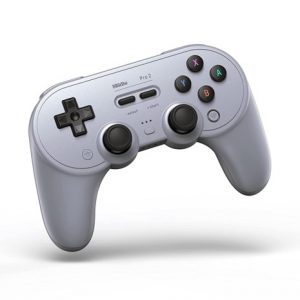 8Bitdo has some of the best controllers to bring you back to the good old days of simpler gaming setups. And as cool as most of them are, we wanted to include one that’s actually capable of using that nostalgia while also being fully functional for modern gaming.

The 8Bitdo Pro has the basic shape and feels of a SNES controller, with added grips for a more ergonomic, comfortable, and modern design. They also added trigger buttons and the necessary analog sticks.

But since it is a fully modern control, they also have motion controls and button remapping, not to mention the extra back buttons and the trigger actuation depth adjustments. It is an incredible controller in every way, and thanks to the retro feel of it all, it is excellent for emulation and playing the classics too.

Nintendo on a PC? Excellent match 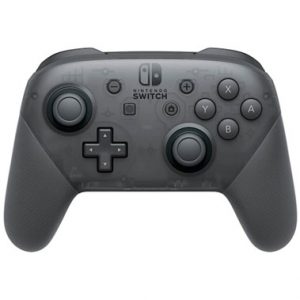 The Switch Pro Controller is surprisingly one of the best controllers ever made. It is similar to the Xbox controllers but has a unique feel, the button distribution is simply perfect. The build quality is astonishing, and the comfort it’s on a different level.

It has HD Rumble, so it does feel pretty good, and the feedback on the buttons and D-Pad are pretty much the best in its class. The Switch Pro Controller is one of the best controllers you can use on your PC, and after all, it’s a Nintendo product, you can expect great quality and beautiful design.

Being a Nintendo product also means it is really durable and can withstand a lot of abuse. The battery lasts a good bunch. You can connect it to your PC with a USB C cable, or you can very well use an 8Bitdo Wireless USB Adapter It will act just the same as an Xbox One Gamepad, but with a better feel to it.

Newer Be Quiet! Quietly taking over the US market for power supplies, CPU Coolers, computer cases, and case fans
Back to list
Older What Is a Gaming Headset? Do You Need One?

SOME PRICING MAY BE INCORRECT! PLEASE CONTACT US FOR ACCURATE PRICING! THANK YOU FOR UNDERSTANDING Dismiss